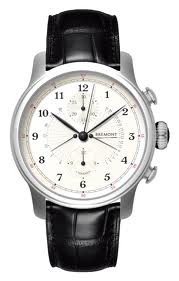 They’re named English, well-spoken, and wear quality open-necked shirts and good shoes. Although their brand-name is French, they push the appeal to Englishness. A certain type of Englishness though – more polo than football, Queen and Country over Queen’s Greatest Hits. Historical, romance, and adventure allusions are frequently used marketing motifs. They generally use various Swiss movements, by necessity, and like others, may have them modified a bit. They create their own case and dial designs. More often than not, managing to stay on the original-but-not-whacky side of the line. Production quality is on par with other similar-priced watches.

Their targeted buyer is a privately educated, reasonably affluent, thoughtful male who feels perhaps that he too might have a little of the historic romantic adventurer in him, had he not taken up in Insurance. He’s well-spoken and wears quality open-necked shirts and good shoes. Or, he is someone who aspires to this description of himself.

As the company has to have advertising to push the associations noted, as well as actual design costs, and real dealers, they need to price their watches at the usual £1000+ in order to be a viable business. The founders continue to be personally involved in the marketing, seemingly taking the advice once given to Beyoncé that if she wanted to sell a million records she needed to meet a million people.

There are claimed to be some Bremont owners who do not reference meeting the founders ( whom they refer to by first name, as they would a friend ) but this has not been verified.

This marketing provokes differences of opinion. It  is, depending on your viewpoint, absurdly transparent or a commercial necessity.

My view is that is it both.