In spite of my cynicism about the whole area of hifi, youthful habits never die. They merely echo through middle age. As such, I acquired a new record player. It is a Denon DP50L. It is new to me, but was originally made and sold in 1978. 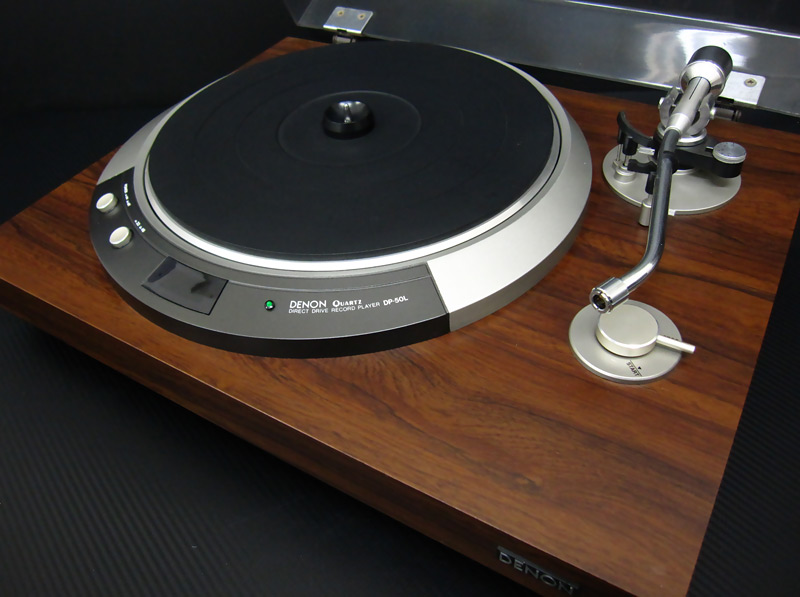 Pretty huh ? If you were to look inside, beneath the solid wood plinth, you’d find a motherboard with more chips on it than my grandmother’s teapot.

This is from the 1970s remember. Jimmy Carter was in the White House. Margaret Thatcher was Leader of the Opposition ( to Jim Callaghan’s Labour Party ) and Night Fever had been in the charts for two months.

At that time, my record player was called “mums”. It looked like this : 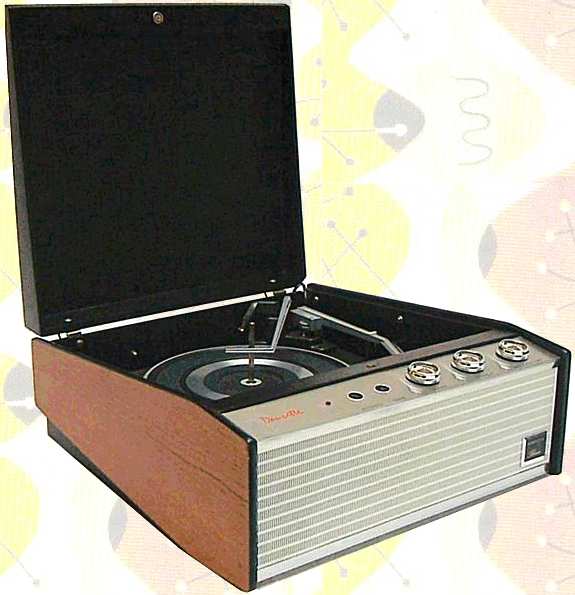 Perfectly normal in the UK for the times. You could stack a pile of albums or 45s on that spindle and it would play them one after the other. I had no idea about “wow and flutter”, “rumble”, “frequency response” or “pitch stability”. That would come later, when I picked up some old Hi Fi magazines, whose methods I have written about elsewhere. For the moment, my Wurzels copy of Combine Harvester played just fine, and often.

Years later, after absorbing the Hi Fi magazines, I realised to my disgust that “mums” record player was entirely insufficient. I scoured the Bracknell News Classifieds, a somewhat shabbier, if that is possible, historical precedent to eBay, and found a cheap TEAC record player and Rotel Amp. Rotel were a darling of the UK Hi Fi magazines, and even though mine was very old, I set about “improving” it with teenage fervour. The power supply was brought offboard. The tone controls disabled. The power meters bypassed. The biasing increased. In other words, I ruined it.

The record player was of the much-favoured belt drive type. According to my Hi Fi magazines, these were the best, as the rubber belt isolated the vibrations from the turntable motor from the platter, and thus provided the cleanest reproduction. More on that shortly.

After my younger brother provocatively purchased a superior Rega Planar 2, I had little choice but to buy a Rega Planar 3 :

The Rega Planar record players are arguably the most revered, slobbered-over and copied in the world. They are very good.

This was in 1989 or so. My brother thankfully folded in the who-has-a-better-hifi game and we both lived with our respective record players for the next couple of decades.

Then two decades later I buy that Denon. A player that is now 35 years old. All the electronics still work. Changing speed requires one button press. At the end of the record side, an optical sensor notes the arm, and mechanically raises it from the record surface and stops the motor. The motor itself weighs two kilograms, and is controlled by all that technology. First, a quartz crystal is used a reference to generate a perfect sine wave to apply to the motor, of exactly the right frequency to make the platter rotate at 33 1/3 RPM, or 45RPM. Then, magnetic pulses are read from the edge of the platter by a system similar to an analogue tape-head. These pulses are fed back to the electronics, which compare the actual speed of the platter with the desired speed. Minute adjustments to the drive frequency are applied as required. This happens 60 times a second.

It means that the weight of the record, the drag of the stylus, the wear and changing electrical characteristics of the equipment and the lubrication of the bearing are all compensated for. Even putting your finger on the record, while it plays, will not alter its speed. It means, in short, that the record spins at exactly the right speed. All the time. Forever. Not for nothing did Denon make the actual cutting lathes used to manufacture records.

Compare this with my Rega, which uses a lightweight £5 synchronous motor driven directly from the mains via a capacitor ( for phase shift ) and one resistor. The power of the motor is transmitted to the platter via a rubber belt that fits loosely on to a pulley and around the inside of the platter. There is no feedback and no compensation for the belt stretching, changes in mains frequency, bearing wear, record weight … nothing. Changing speed requires that the platter is removed and the belt manually pushed on to a different pulley. Nothing happens at the end of the side – you have to pick up the arm and switch off the record player, or it will just keep going, wearing down your stylus.

This, remember, is the most loved, respected and copied turntable in the world.

The problem is, as with all other record players that use a similar belt-drive system, that the pitch ( speed ) is simply unstable.

So why did this player gather such a reputation ?

Well, arguably, it only garnered plaudits in the UK, which, at the time of this player’s ascendance, was ruled, pre-internet, by just a few influential hi-fi magazines. The Japanese high-end hi-fi manufacturers such as Denon were iteratively improving their designs using the best engineering and science. That Denon, in 1978, shipped with a electro-inteferometer analysis of the acoustic impact of its platter. The wow and flutter ( pitch stability ) figures were published, and were two orders of magnitude better than any belt-drive player. Rumble ( motor noise ) was published and was inaudible. Denon designed its own integrated circuits ( chips ) specifically for their record players.

The British hi-fi manufacturers, by contrast, were making things in their garages from wood and nails. The Rega turntable  in common with its domestic contemporaries, was made from a single sheet of medium-density-fibreboard ( MDF – a shelf, really ) with three holes drilled in it. A hole for the arm, one for the bearing, and one for that £5 motor. The motor was suspended from the MDF using a rubber band. To further save costs, the same type of rubber band was used to drive the platter. The platter was made from glass, cheap to cast, and the mat was a circular patch of black felt. Cheap, ingeniously so, and perfectly adequate.  No figures for wow and flutter ( pitch ) were published. It was measured by some hi-fi magazines, and it wasn’t good.

Even absolute speed ( whether it rotated at exactly 33 1/3 RPM ) was suspect. Most samples seemed to run fast. Reviewers noted this gave the player a lively sound. It seemed to depend on the tension in the belt, the cleanliness of the belt, the age of the belt, the weight of the record and the phase of the moon. But it was British made, and there was a strong bias for “the British sound” at the time. Low-end Japanese hi-fi equipment was common, found in shops like Currys and Dixons, sporting nasty plastic direct drive turntables. The hi-fi magazines’ message was clear : British hi-fi was the quality alternative. Complicating that message by reviewing hi-end Japanese hi-fi wasn’t done. Unless the component had no British manufacturer to compete. So Japanese phono cartridges and cassette players were okay. Japanese speakers, amplifiers and record players were not.

Now sound quality is notoriously hard to measure, but wow and flutter ( pitch stability ) is not. There are standardised measurement methods that have been used for decades. So why did Rega not publish any, and why didn’t anyone complain about the poor pitch stability ?

I have a theory. 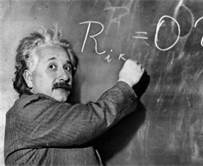 It is not about record players. It is about pitch.

The rise of digital sound reproduction may have had many drawbacks. Buying the White Album and Dark Side of the Moon again for one. But there was one incontrovertible positive : absolutely correct and perfectly stable pitch. Now we are a couple of decades, at least, into predominantly digitally reproduced sound everywhere, my theory is that we are all now more sensitive to pitch. We have, collectively, learned perfect pitch !

I recall as a child my parents piano. It was perfectly playable but never tuned. I had no problem listening to it, and brothers and sisters learned to play to a high standard on it. But once I had listened to a tuned piano at school, and only then, did I realise it was out. Very badly out of tune. You can get used to anything. By that I mean, your brain actually desensitises itself to the pitch issue in the absence of any reference.

Prior to CD and digital sound recording and reproduction, almost all non-live music we heard was coming from records or tape. Both subject to pitch instability. If you read the reviews in the 1980s of record players, the comment “pitch stability of piano was noticeable” is quite common. This would be because the reviewer’s ( and many other peoples ) only convenient reference available at that time for perfect pitch would be a tuned instrument.

Reproduced music, from records cut from master tapes recorded on machines that had imperfect speed, to records or tapes played back on equipment with poor speed control, were simply no reference at all.

Yet until the widespread adoption of digital, a recent phenomenon, that was how we all heard music on the TV, radio and in our homes.

A musician, used to performing live with others, who all tune to a tuning fork, would have perfect pitch. But few people were continually exposed to perfect unwavering pitch. As we all are today.

The “pitch noticeable on piano” comment ( that is still repeated today in reviews of hi-fi equipment ) is often misunderstood to be equivalent to “pitch only matters for piano”. Of course, pitch stability matters for all instruments, voices and ensemble music. Arguments about absolute pitch are not only centuries old, but ongoing with some heated debates about even a few Hz difference.

Now we have pitch-perfect music reproduction as our daily reference. We’ve all become owners and daily listeners to the equivalent of a perfectly tuned piano. We’ve heard our favourite tunes a thousand times, pitch perfect. We know how they should sound.

We cannot unlearn this. 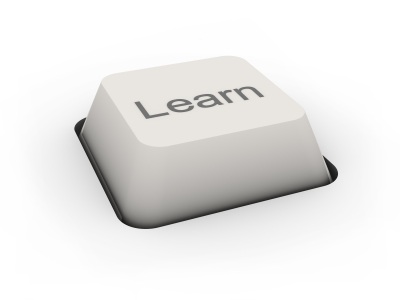 Pitch issues in analogue sound reproduction are like focus issues with a camera. Perfect focus, and the details of the whole image become clearer. The beauty of the image is to be found right there, in reflected light from the subject, or in the tiny waves of the analogue record groove itself. Reproducing those details accurately is what hi-fi is. A high-fidelity reproduction of the original image.

We do still see out of focus images, but we rarely hear out of focus sound any more, except perhaps when we listen to a record player.

Unless it is a 1970s Denon record player, that is.